What is gelatin made of and its functional application 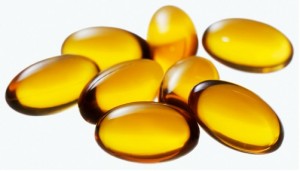 Gelatin, also known as gelatine is obtained from the bones, skin, tendons and ligaments of animals usually cattle or pigs. [1] It is commonly used as a gelling agent in food, pharmaceutical drugs, photography, and cosmetic manufacturing. It is found in most gummy candy, as well as other products such as marshmallows, gelatin desserts, and some ice creams, dips, and yogurts.[3]

The global gelatin market is projected to reach $3.2 billion and 486 metric kilotons by 2020, according to a 2015 report by Grand View Research. Muslim spend accounted for an estimated 17 percent of total global food and beverage expenditure in 2014, but less than 3 percent of gelatin is made from halal or permissible ingredients. Gelatin has become one of the most crucial issues for food industry whether it is used as an ingredient or as a binding agent, accounting for 28 percent of the total gelatin market value which implying a $0.8 billion market in 2015. [2] 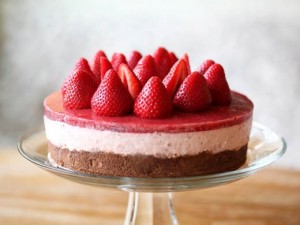 The number of products and manufacturing processes that require the use of gelatine is constantly increase as it has a very unique nature that can be used as stabilizing and binding, thickening, plasticizing, emulsification and foaming. According to Grand View Research, 45 percent of global production is being sourced from pig skin, 27 percent from bovine hide, and a further 27 percent from bovine bones. Only 1 percent that remained is being sourced from fish skin or scales. [2] Halal gelatin has been gaining worldwide concern especially among Muslim community recently. The availability of Halal gelatin is a very sensitive issue in order to ensure consumption of genuinely Halal quality products. 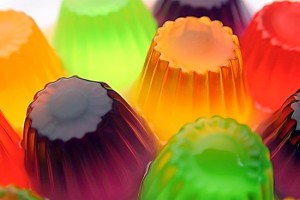 Most of the desserts used relatively high level of gelatin and most of the gelatins are made from pigs due to lower cost. According to Regenstein, fish gelatin is around four to six times more expensive than porcine and bovine gelatin. [2] Moreover, if the gelatins are made from cows, it is unsure whether the cow has been slaughtered in the halal manner. “He has forbidden you only the dead meat, and blood, and the flesh of swine, and that on which any other name has been invoked besides that of Allah. But if one is forced by necessity, without wilful disobedience, nor transgressing due limits- then is he guiltless. For Allah is Oft-forgiving Most Merciful.” (Surah 2 – Al Baqarah : Verse 173)

Towards the goal to create awareness about the importance of Halal scientific approach among Halal practitioners, Halvec and RQC will organize Halal Scientific Awareness Program on coming 17 November 2016. Throughout this programme, participants will be able to understand the concepts of science behind halal, able to identify halal risk on ingredients and able to determine appropriate halal test methods. 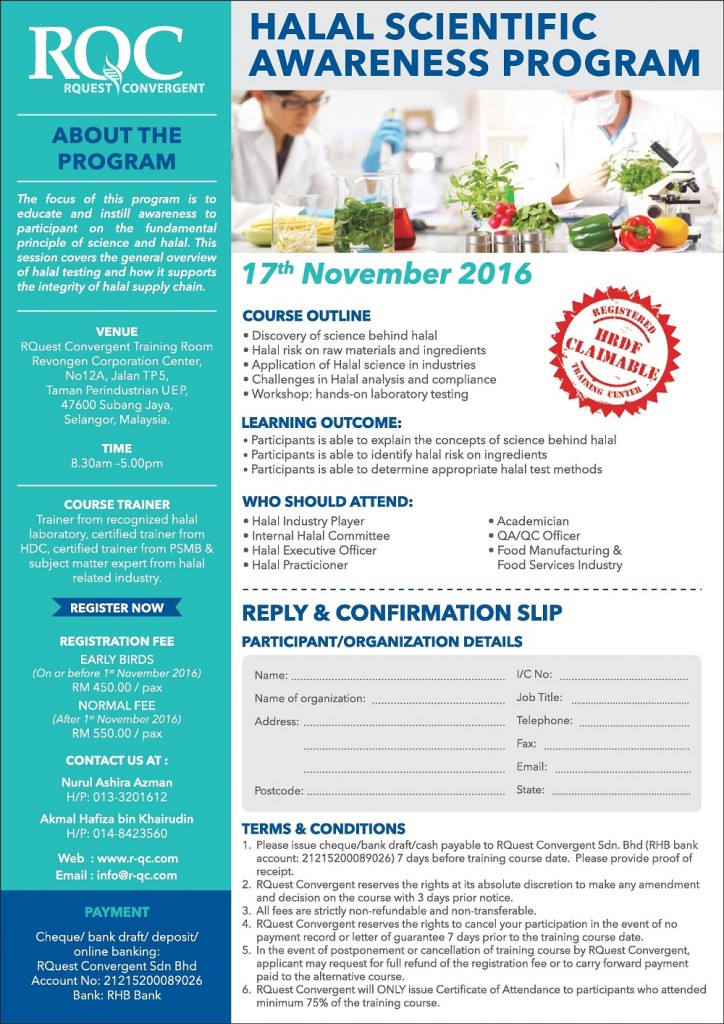